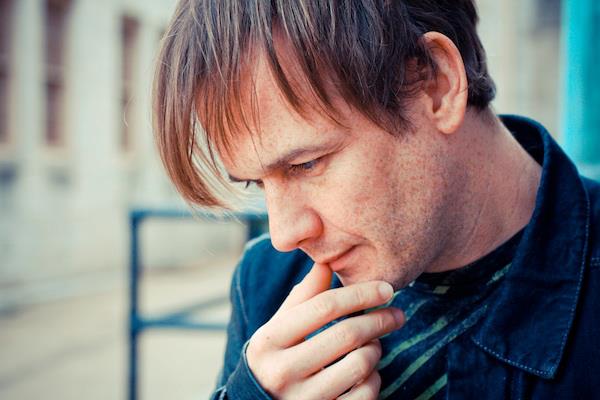 Peter Rollins is a leading figure of the radical Christianity movement and author of books such as How (Not) to Speak of God, Insurrection and The Idolatry of God. A philosopher, theologian, believer, and doubter, he has developed a number of contemplative practices to help Christians accept doubt and complexity, such as “Atheism for Lent.”

Insights: What makes an idea “dangerous”?

Peter Rollins: I guess you could describe a dangerous idea as one that has the power to really change things. When people hear the term “dangerous idea” they, no doubt, think of Fascism or National Socialism or other ideas that do violence against others. They are like a man who beats his partner. The outburst of the man is a sign of weakness that he is unable to make real change in his life and so blames another; acting out against them. Many ideologies function in this way –attempting to ensure nothing changes. The most disgusting ideologies are means of absolving responsibility and maintaining the status quo at all costs. The real examples of people with dangerous ideas are the ones like Martin Luther King Jr, Mother Teresa, or Mahatma Gandhi. For these people had ideas that fundamentally changed the power structures of their day.

I: Which social or political movement scares you most?

PR: It is easy to point toward the growth of various fundamentalisms as scary, but liberalism itself might be even more frightening. By this I mean we are perhaps part of a system in which we hide our violence far away, preferring not to see the results of our lifestyle on others. It might be liberalism itself that actually generates the very conditions within which fundamentalism grows, by contributing to the suffering of people in various parts of the world. The scary thing for people like me is to try and face up to my own involvement in violence and attempt to effectuate change where I am.

I: Which technological or scientific advancement excites you most?

PR: Where I see some exciting developments here are in the area of renewable energy, electric transport and mobile health units that can test your blood, urine and saliva through a device you plug into your smart phone.

I: What’s the one thing you wish society better understood?

PR: Ourselves. I know that can sound somewhat trite, but I think that so much of the violence we see in the world comes from our inability to look at and deal with the anxieties, fears and traumas within. Instead, we project out to others, seeing them as the problem.

I: Will the defining catastrophe of the next decade be natural or man-made?

PR: People often talk about the coming catastrophe but, to be honest, I don’t think it’s coming. I think it is already here. Our system functions precisely in its ability to manage, compartmentalise, shift, and hide catastrophes. Whole species are being wiped out; countries are poverty stricken; unemployment is rife; prejudice is enshrined in laws; and starvation is a reality for millions. Maybe something worse is coming over the horizon, but I think in many ways we need to open our eyes and see that we are living in a type of apocalyptic end times.