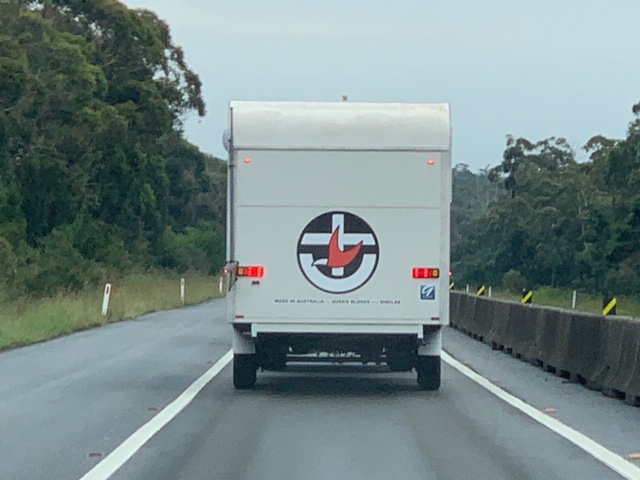 In February, while bushfire smoke covered the ACT, families lost everything. One area that was hit was the Bumbalong Valley, between Michelago and Bredbo. To help those who lost their homes while they rebuild, the NSW and ACT Synod has bought some mobile homes.

Stephen Littlehales and Annika Safe were two of the people who lost everything when their family home in Bredbo burnt down.

Ms Safe told the Canberra Times that she recalled being “completely numb” when the couple first returned to their property, where they had lived with their two young children and animals.

“I think I nearly vomited, and then my brain went completely numb,” Ms Safe said.

The house was reduced to a column of bricks and some rubble. While the family made their way out with several pets, they lost a number of animals in the fire.

“I just can’t believe how completely the house is gone,” Ms Safe said.

Thankfully, some temporary relief would be around the corner, thanks to behind-the-scenes work between the NSW/ACT Synod and the Canberra Region Presbytery.

Rev. Dr John Squires is the Presbytery Minister (Wellbeing) for the Canberra Region Presbytery. He recalled that the initiative began after a conversation about how the church could support those who had lost everything.

“Back in February, in the days after the full impact of the bushfires, we were trying to work our ways that we could support people in the congregations of the Canberra Region Presbytery where fires had caused great damage. We were aware of the fact that a number of people were without homes. Some congregations had been able to provide material assistance in terms of food and the like.”

Rev. Dr Squires recalled getting an email from the Synod’s David Rudd and how the idea of buying some mobile homes and transporting them to affected areas came up. Mr Rudd worked with Robert Ramsbottom on the Synod’s side.

“[The homes] could be hooked up and people who had lost their homes could have a place to stay in their community,” Rev. Dr Squires said.

“I was asked, were we aware of anyone who would be helped by this? I activated the presbytery networks and asked around. A family in the town of Bredbo, to the south of Canberra… would appreciate this offer.”

“A few phone calls and emails later, the mobile home was purchased, transported south, put in place, and the family moved in.”

Janise Wood is Operations Manager for the Canberra Region Presbytery.

She explained to Insights that knowing the family had lost everything in the fires prompted her to get involved in the presbytery’s Bushfire working group. Ms Wood facilitated the delivery and install of the home and liaised with the family.

“To see a family, who had been beaten down by circumstances out of their control, smile and see some light at the end of a long tunnel makes me so happy for them and proud to be a part of the Uniting Church,” she said.

“This family has been through so much grief and the church offered a hand of hope and Christian love, remarkable and inspirational.”

When Insights spoke to Mr Littlehales, the timeline was “still up in the air” regarding when the family would get a chance to return to their property, as debris needed to be cleared.

He said, however, that the mobile home had proven to be a “relief” and his family were “massively grateful” to the Uniting Church for the temporary solution.