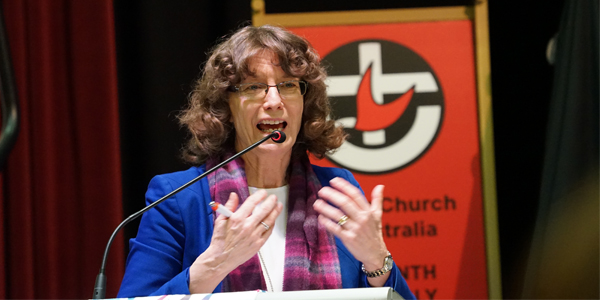 The 15th Triennial Assembly has concluded, after considering some final business.

This marks the end of a busy and historic Assembly, with a packed agenda.

Assembly started its business for the final day by discussing Proposal 11, the affirmed member proposal.

This was ongoing business regarding a proposal to insert a new definition of ‘Affirmed member’ in clause 3 of the Uniting Church’s constitution.

After some questions, the proposal was referred to Standing Committee.

Proposal 66, which deals with addressing climate change, was amended and passed by consensus.

Another proposal calling for the Uniting Church to consider some other churches’ confessions of faith was likewise amended, then passed by consensus.

One of these was the Belhar Confession, which critiqued apartheid.

“It’s a recognition that…particular [confessions of faith] can speak to other times and places,” Rev. Dr Thompson said.

The passage of this proposal will lead to a task group considering the contributions of other church’s confessions of faith.

The Assembly meeting concluded with worship and communion.

The next triennial Assembly will take place in Queensland Synod in 2021.