Home
Reviews
Culture Watch
An emoji is worth a thousand words

An emoji is worth a thousand words

I have an almost pathological envy of people who can speak a second language. As a journalist, I have heard and recorded a wide range of migrant stories but, to this day, a strange part of me still resents that my perfectly happy parents didn’t uproot our family and move us to a country where I would have learned a second language with childlike ease. Strangely, though, after three decades of concentrating on the written word, I find myself learning a new multilingual way of communicating that has risen out of Generation Y’s connected-from-birth computer literacy. And though the debates rage red-hot in academic circles as to its benefits, I find myself thinking that this almost comic way of connecting actually provides us with some real spiritual gain.

If we were communicating via text on a mobile phone, chances are you wouldn’t have any problems understanding me if I signed off, ‘lol’. In fact, if I wrote ‘LOL’ you’d know I really meant it. That’s because this abbreviation for ‘laugh out loud’ has become synonymous with a new style of conversation that dominates the digital realms. Technically speaking, it’s called an ‘initialism’. Lol has become one of the three most recognised examples of Internet slang since this way of speaking first emerged on Usenet, the worldwide ancestor of computer forums (launched way, way, way back … in 1980). The other two are ‘BFN’ (Bye For Now) and ‘IMHO’ (In My Humble Opinion).

The quest to increase the humanity of computer communication soon resulted in the rise of the ‘emoticon’. Twentieth-century users of a Japanese internet service provider collected punctuation marks to create symbols which served the same purpose as body language. Professional communicators shuddered as the wink arrived online ;o)

These pictorial representations of facial expressions aimed to add mood to a speaker’s words. University lecturers were the first to make dire predictions. According to Silvio Laccetti and Scott Molski from the Stevens Institute of Technology in New Jersey, USA: “Unfortunately for students, their bosses will not be ‘lol’ when they read a report that lacks proper punctuation and grammar, has numerous misspellings, various made-up words, and silly acronyms.”1

But the sky did not fall and, for all of the criticism, the trend didn’t die out. Instead, it gained an imprimatur even more sacred than that of ivy-draped institutions: commercial acceptance.

However, the tipping point came with ‘Emoji’ – miniature graphics which embraced all of the initialism’s brevity and the emoticon’s expression. Real smiley faces replaced colons and brackets, and were quickly joined by a bewildering array of expressive pictures, practices and household items. Their creator was Japanese coder Shigetaka Kurita, who says he was continuing the trend of connecting the head with heart: “When you communicate on the Internet, it’s convenient to have emoji … it’s hard to express emotions only with text. Look at history: after handwritten letters, there came the telephone. Then, electronic messaging emerged. There was always a demand for something that can express emotions.” 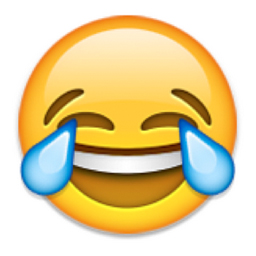 Smart phone users voted with their thumbs. In 2010, hundreds of emoji characters were incorporated into the Unicode (the computing industry standard, worldwide, for expressing text). In 2011, Apple released them as part of OS X Lion. In 2013, Google added emoji support to Android. When the Oxford Dictionary announced that “Face With Tears of Joy” (above) would be its 2015 Word Of The Year, the war was over.

And I believe communication was the winner.

This development in computer-mediated communication isn’t just a collective effort to abbreviate messages. It heralds a desire to connect the head with the heart. Researchers have taken a second look and discovered that there are some surprising benefits to using emoji.

• They soften the blow of a critique. Studies on workplace communication show that when negative feedback comes with positive emoticons, the employees are more likely to feel good about the message and undertake the change requested.

• They help people understand you. The International Communication Association discovered that people who use emoticons in their online communications are perceived as being not only friendlier but more competent, and their messages were much more likely to be understood.

• They promote happier relationships. The HR Florida Review published a study which demonstrated that “…symbolic emotional cues help ‘clue in’ the recipient towards a particular emotion [and] thereby clarify the intentions of the sender”, resulting in a happier relationship between the two parties.

Got room for one more phrase? Memorise this: ‘thousand touch relationship’. It describes the way in which the generation that grew up with these emotional shorthands tend to relate to each other. Through social media and short messaging services where these icons thrive, they reach out to each other with a thousand little ‘touches’ a day, sharing experiences and affirming connections. This isn’t the sum total of their relationship; that would be truly hollow. However they incrementally build up their experience and understanding of each other.

Christians take note: once again, it’s not just our words that will create our witness, but also what we choose to surround them with. 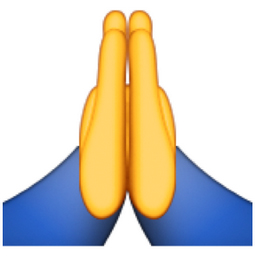 Our race towards more rapid and prolific styles of communication, IMHO, was threatening something profoundly human. Email was all about business; SMS aimed at communicating in as few characters as possible. There was an inherent danger in stripped back communication that we would actually edit out the care we should be expressing towards others. Our goal to truly connect with each other — a God-given human trait — was being subtly undermined.

The apostle Paul already knew about the mistake we were making in the 1st AD. He warned the church at Corinth that the communication of facts — even the glorious Gospel — without a heart for those who hear it, actually amounted to empty words:

Instead of such empty speech, Paul tells his Ephesian readers that, when communicating, truth and love must go hand in hand. It’s when we combine our desire to declare God’s will with love for those who are listening that we are actually growing up in Christ.

Of course all this doesn’t amount to anything like the assertion, “If Jesus were alive today, He’d use emoji and publish on Facebook!” Emotion has never been lacking in the written word, especially God’s Word. You don’t need an initialism to convey Jesus’ heart for the struggling in Matthew 11:28: “Come to me, all you who are weary and burdened, and I will give you rest.”

‘IWGYR’ wouldn’t make it clearer, and Jesus’s call still can be heard by the most technologically challenged. After all, initialisms, emoticons and emoji are tools, not the message. Yet many a person has received extra comfort from seeing verses like these sent and signed ‘YBIC’ (Your Brother In Christ…), and the symbol at the end.

Some of those ‘thousand touches’ have reminded them that someone cares. That they’re not alone. And that should make total sense to us. The Bible and our emotional witness complement each other. Proclaiming the truth of God’s Word and the love of His children for each other should never be mutually exclusive things. 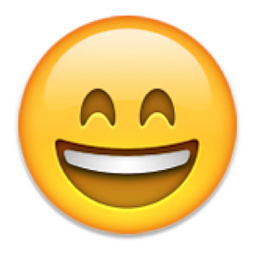