A Disaster Worth Experiencing 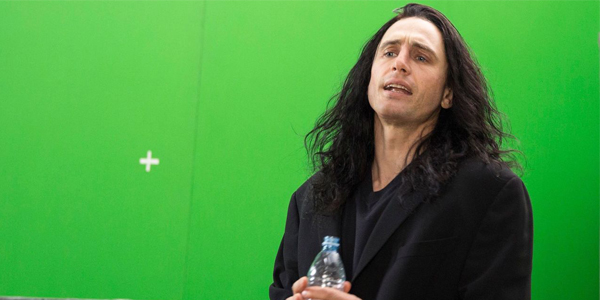 Much like watching Titanic, there is a sense of anticipating an inevitable disaster when watching The Disaster Artist, a new film that depicts the making of cult classic (and notoriously bad film) The Room. And yet, the film makes another earnest point about the power of following your dreams even when others mock these ambitions.

Adapted from a memoir with the same title, The Disaster Artist is the story of how The Room was made, as told by Greg Sestero. In 1998, Sestero met Tommy Wiseau in an acting class. An enigma who refused to answer questions about how old he was or where he was from, Wiseau also seemed to have an endless supply of money. Wiseau would eventually invite Sestero to move to Los Angeles with him, where they worked together on The Room.

The filming process would be disastrous, with actors not provided with basics such as food and water, a two-camera setup that required two separate crews, and Wiseau pushing his actors to their breaking point.

As well as depicting the on-set chaos, The Disaster Artist manages to capture what makes The Room compelling. With its bizarre storyline, strange dialogue and stilted performances, The Room earned the title of “The Citizen Kane of bad movies”. The film’s plot barely holds together, with storyline threads that go nowhere and lines that clash with one another (“I did not hit her..I did not. Oh, hi Mark”). As bad as Wiseau was as a writer, director, and an actor, however, he managed to make a film that people love. This is attested to by the celebrities that begin The Disaster Artist with their testimonials, among them Kevin Smith and JJ Abrams. In an interview for Vox, The Disaster Artist co-writer Tom Bissell summed up his love for The Room, saying:

Do I think it’s a strong movie that moves me on the level that art usually moves me? Absolutely not. But I can’t say it’s bad because it’s so watchable. It’s so fun. It’s brought me so much joy. How can something that’s bad do those things for me?

As the credits roll, The Disaster Artist shows footage from The Room side by side with its own re-enactments. This footage comparison shows how closely the filmmakers and actors managed to replicate the source material. It also possibly indicates their intention to put the film forward for awards season. Should this happen, and the film manage to win a few (which is not hard to imagine), Wiseau will hopefully be invited to take his rightful part on stage.

The Disaster Artist is now playing in cinemas