Former ABC broadcaster Julie McCrossin is a familiar voice to the Australian public. Ashley Thompson (from the Queensland Synod magazine Journey) turns the microphone around to find out more about her unsung faith journey.

A self-described “refugee from Sydney Anglicanism”, Julie McCrossin has found a home in South Sydney Uniting Church. Her appearance on ABC TV’s special all-Christian Q&A panel and facilitation of the UnitingWomen conference Q&A discussion in April show her willingness to engage publically with theological issues in a fair and respectful manner.

Perhaps best known for her role on the comedy quiz show Good News Week, Julie has garnered a strong public profile from her work across radio, television and print journalism. However, to pinpoint her to one occupation would be a disservice. At 61 years old she is an in-demand emcee, comedian, activist and all-round passionate educator and student.

“I have an arts degree, a law degree, two educational qualifications and now I’m studying theology, so I’m crazy for university,” laughs Julie.

“I love the exchange of information and ideas with a group of people who are curious.”

Now self-employed, Julie has been everything from a board member of her alma mater SCEGGS Darlinghurst, to the voice inside your headset on Qantas’ Radio Q and an Australian Red Cross ambassador. She is also an elder, treasurer and church council member of South Sydney Uniting Church.

Her involvement in the Christian church has until recently been less-known but always one to which she’ll openly attest, as she does with her advocacy for women’s and gay rights.

“I feel the great core of Christianity for me, at this point in my life, is forgiveness,” says Julie.

“There was an extended period where because of homosexuality I felt unwelcome and I chose not to enter a church and fight for acceptance. Growing up as a middle child in the eastern suburbs of Sydney, Julie had what she describes as a “very Anglican and very positive” upbringing.

It all started when a “local Anglican minister knocked on our door and reached out” to her struggling mother, a British immigrant and WWII veteran.

From there her family became involved in their local Anglican church where Julie attended Sunday school, sang in the church choir and was encouraged to embrace education—an opportunity the women in her family had not previously had.

“I loved school. There were some problems at home—my mum is a person that’s had serious physical and mental health issues—and school was a place of nurturing and support,” says Julie.

“I was inculcated very early on to the liturgy, to the King James version of the Bible, to the beautiful classical music based hymns of the high Anglican tradition,” says Julie. ”So Christianity, faith and the words of the Old and the New Testament has always been supportive framework for my life.” 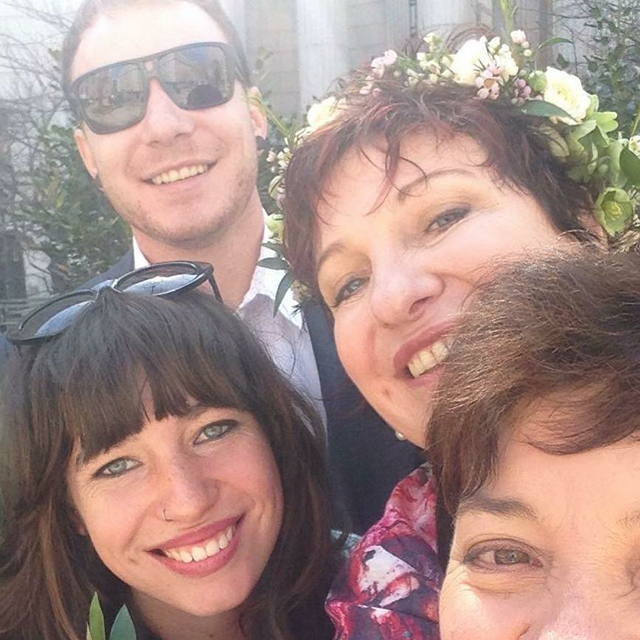 According to Julie, it all came crashing down around the age of 13 when she became fearful that she was “sexually attracted to girls”.

Homosexuality at that time was illegal in Australia, an internationally recognised mental illness and considered “against God’s will” by all Christian denominations in the 1960s.

Speaking from “direct personal experience” Julies says, “The Sydney Diocese leads the world against the acceptance of homosexuals. [They say] if you are a homosexual you must be celibate for life to be accepted in the eyes of God and your church.”

Coming out to her parents at 18, Julie’s sexuality was deemed “utterly unacceptable” and sent her into a “very difficult and turbulent time”.

“My mother does accept me now but there is no doubt in the world she would prefer I wasn’t gay. And that’s something I will have to live with for the rest of my life.”

It wasn’t until six year ago when she went to visit a friend suffering from cancer—office-bearer Rev Dorothy McRae-McMahon—at South Sydney Uniting Church, that she found her faith home.

“I went to the church to wish her well and I’ve been going ever since,” she says simply.

In 2014, Julie and her partner of over 20 years, Melissa Gibson, were married in New York. Although their marriage is not legally recognised in Australia yet, a blessing ceremony was held for them at South Sydney Uniting Church.

Melissa has two adult children from her previous marriage and Julie is happy to engage in discussion around the concern that children deserve a mother and a father.

“I think there’s a valid, sensitive discussion to be had about that,” says Julie, “The two children in my life have a father and Melissa and I have actively encouraged full engagement with their dad.”

Conversely, Julie says she has also been involved in the LGBT community her whole adult life and “privileged to know couples, both men and women, who are raising children born from fertility services”.

While personally she is happy the children in her life have both a mother and a father, she also cannot deny that these children “have had every opportunity educationally and socially” and that studies such as the February issue of the National Council on Family Relations’ Journal of Marriage and Family have found no difference between children raised by heterosexual parents and children raised by lesbian parents.

“I guess I’m trying to use the values I’ve learned in the Uniting Church,” says Julie, “The church has listed values that when we have disagreements we try to approach it in certain ways and it is about deep, respectful listening and contemplation of the other view.

“So I believe in engagement and I believe in doing unto others as I would have them do unto me. When I was on television with Lyle Shelton [Australian Christian Lobby managing director] I treated him with respect, I put forward my views I hope strongly but not in an abusive or denigrating way and I seek to have the same in return.” 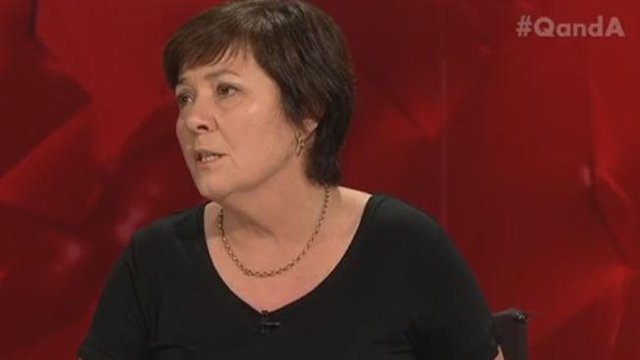 Often referred to as a comedian, Julie says she actually does not consciously seek to entertain.

“I have a kind of warmth and a humour that bubbles out of me,” she explains.

“It’s definitely helped me cope with some of the challenges of my life and manage the extended period of rejection for my homosexual identity—as well as a sick mum who struggles to not be overwhelmed by darkness.”

Her personal advocacy also identifies strongly with the Pacific women connected to UnitingWorld, who spoke at the UnitingWomen conference in Adelaide of a need for a new theology around women and the equality between men and women.

“Literal, simplistic quoting of biblical text is being used to forbid women having access to opportunities for education and leadership,” Julie explains. “And this is linked to very high levels of domestic violence.

“Women need to have access to education and to opportunities for leadership in order that we can combat this scourge.”

Julie believes education is the key to understanding.

“It’s about meeting people, learning about their ideas and their stories and sharing them in a public way.”

Her interest in being a part of the biennial gathering of Uniting Church women across Australia is clear: “Because all the topics we’re talking about are about making society a more equitable, fair and loving place.”

This article was originally printed in Journey magazine. The award-winning monthly magazine, published by the Uniting Church in Queensland.

3 thoughts on “Julie McCrossin: Finding acceptance with the Uniting Church”