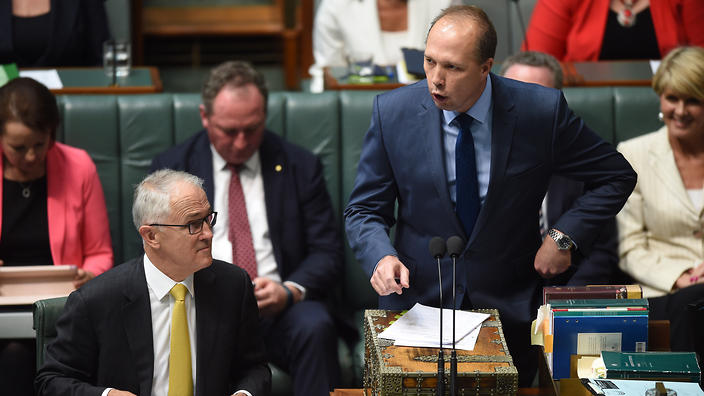 The President of the Uniting Church in Australia Stuart McMillan has condemned the comments made by Immigration Minister Peter Dutton about Lebanese-Muslim Australians, as racist.

Earlier this week Mr. Dutton suggested that the arrival of Lebanese Muslims in the 1970s is partly to blame for a small number of Australians joining ISIS/Daesh as foreign fighters.

He called the decision by the then Prime Minister Malcolm Fraser government to accept and resettle the Lebanese refugees as a “mistake”.

Stuart McMillan said the remarks unfairly stigmatise one migrant community, a move that would only undermine Australia’s vibrant multicultural society.

“Political leaders need to uphold and promote what is good about our society. The Immigration Minister has a special responsibility in this regard but he has failed us all.

“We need to name that for what it is – racism.”

The Convenor of the Uniting Church’s national committee on interfaith relations, Rev. Michael Barnes, pointed to the promise the Church made at its formation in 1977 to “work for eradication of racism within our society and beyond”.

“We value our good relationships with the Australian Muslim community and the extraordinary contribution to this country made by successive generations of Australians of Lebanese heritage,” said Rev. Barnes.

Labour MP Anne Aly told the Parliament that her and her family had received death threats after calling out Mr. Dutton for his vilification comments.

Rev. Barnes said he had already heard of death threats against other prominent Muslims as well. He also expressed concern of how these comments acted as “permission” by politicians to express overt racism.

“This is not the kind of future we want for our country. We seek a vibrant, diverse and inclusive society where all people feel valued. Now, maybe more than ever, we need leaders who will call us together to build this future in hope and love,” he said.